Back to Our Blog

We thank you for tuning in to our #12DaysInRosemarysKitchen. We’d like to end on a humorous note with “A Chicken’s Night Before Christmas” by Mark Delman.

Happy Holidays to you all!

Twas the night before Christmas, when all through the coop, six hens sat on perches, below them was poop.

The stockings were hung on the hen house door latch, each girl on her roost, dreaming sweetly of scratch.

When all of a sudden came a clatter and clunk, outside did there lurk a coon or a skunk? Away to the window I flew like a flash, to save my poor hens from becoming coon hash.

A flashlight will scare it, surely I thought, Or noise of pans clanking, for so I’d been taught. But wrong I had been, and as dense as a brick, for outside the coop stood Rooster Saint Nick.

This rooster with him, nine coursers they came, he crowed and he clucked and called them by name: Now! Silkie. Now! Delaware. Now! Cochin and Houdan. On! Plymouth, On! Malay, On Minorca and Maran.

His wattles were plump and bright cherry red, a comb of great size stood alighting his head. And bundle of gifts were flung over his wing, To make Christmas brighter some carols he’d sing.

Gaining composure, I had but one question to beg, “Which had come first, the chicken or egg?” He thought for a while and finally he said, “Doesn’t matter at all, don’t worry your head” .

Then Mealworms he placed in stocking with care, Cracked corn and sunflowers with plenty to spare, In generosity for all and with thoughts of good cheer, Even the BriteTap chicken waterer was filled with good beer.

Then he rose into the sky taking with him his crew, I stood there agape, what else could I do? I then heard him crow as he drove out of sight “To all chickens a good Christmas, and to all a good night.” 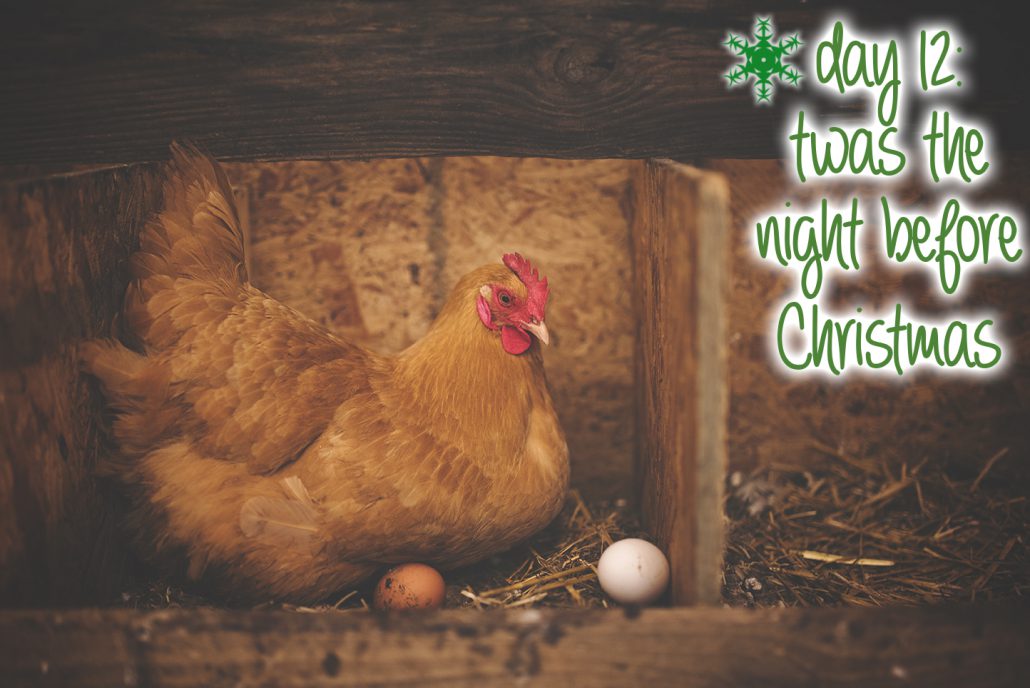 Back to Our Blog

Want to join the discussion?
Feel free to contribute!