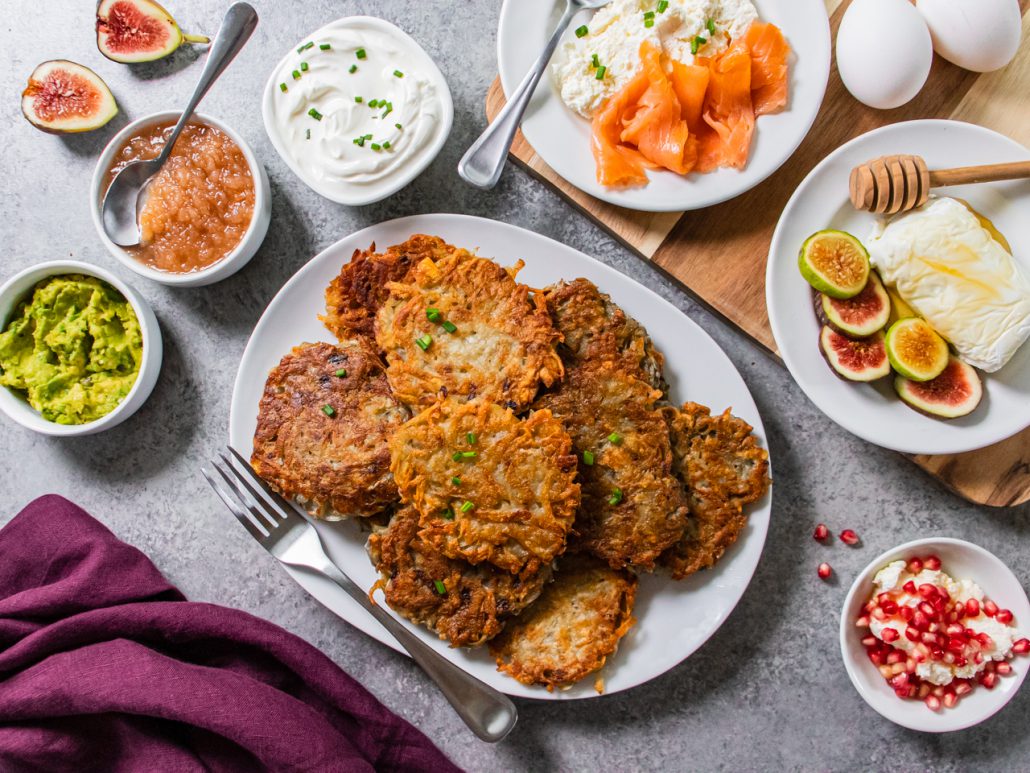 Hanukkah begins December 18th and ends December 26th. And latkes are traditionally prepared during the holiday to commemorate the miracle of the oil. For those celebrating.. are you Team Sour Cream or Team Applesauce? You won’t have to choose with this yummy toppings board, which includes sour cream, applesauce, and more!

1.) Use a clean kitchen towel to squeeze out excess moisture from potatoes (this will help keep latkes from becoming soggy). In a large mixing bowl, mix together potatoes, onion, eggs and salt. Stir in flour. Mix well.

2.) Heat 1/2 of oil over medium heat until 360-375°F (we suggest testing with one latke to make sure your oil is hot enough)  . Carefully drop 1/4 cup amounts of batter onto hot skillet leaving space for flipping. Use a spatula to shape into round latkes about ¼ inch thick. Cook latkes for 3-4 minutes, until golden brown and crispy. Gently flip and cook for an additional 3-4 minutes.

3.) Transfer cooked latkes onto a paper towel lined plate while cooking remaining latkes. Add more oil as needed. Serve hot with your desired toppings surrounding the latkes for people to help themselves.

Back to Holidays
Bacon & Egg Quesadillas